Nice/Nortek Control partner with BRAVAS Austin and the Gary Sinise Foundation on this labor of love. 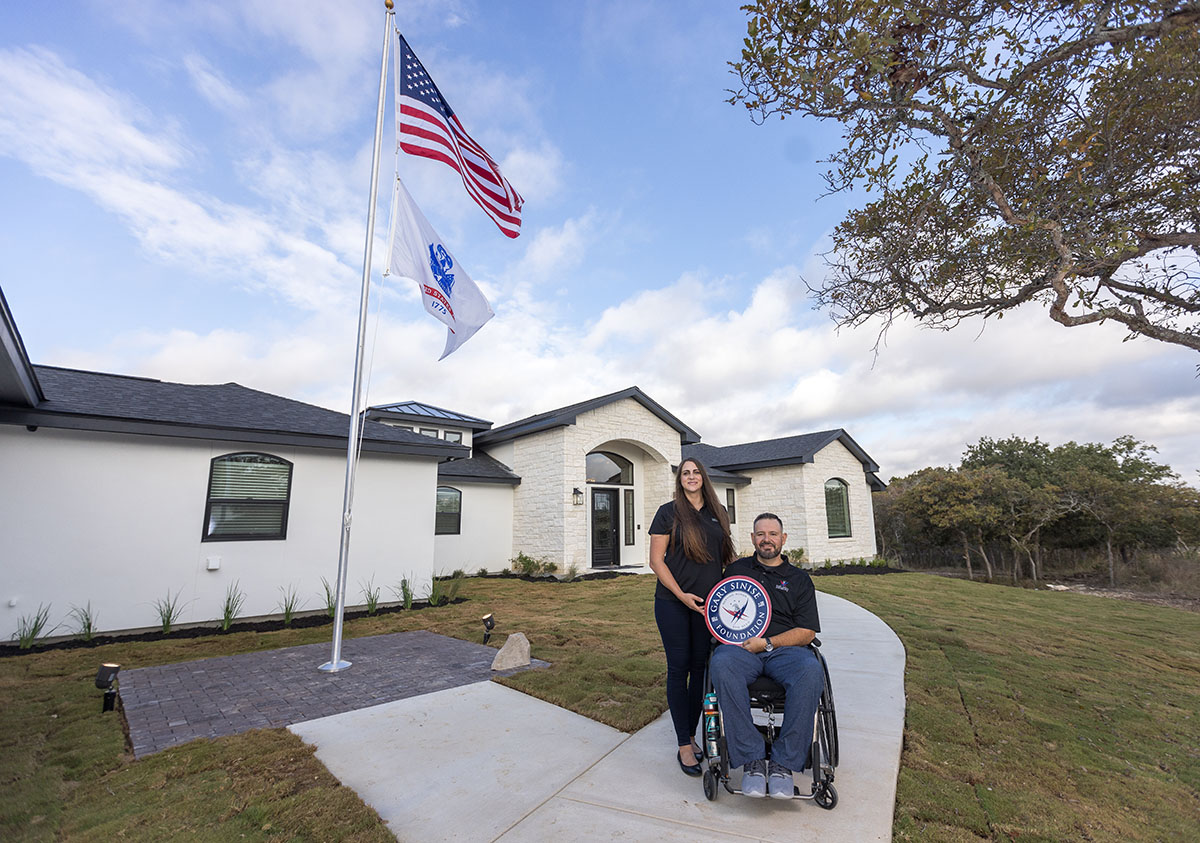 Nice/Nortek Control announced today the completion of a project crafted to simplify life’s daily tasks and create a specially adapted smart-home for one of America’s wounded heroes through the Gary Sinise Foundation’s R.I.S.E. (Restoring Independence Supporting Empowerment) Program. With the help of ELAN® control systems and dealer BRAVAS Austin, retired U.S. Army Staff Sergeant (SSG) Jason Tabansky can now focus on what matters most in his life – spending more time with his wife with hopes of starting a family.

SSG. Tabansky was drawn to the military after reading “Chicken Hawks,” a book centered on helicopter crews during Vietnam. It’s this book that inspired him to embark on a major commitment to the country by enlisting in the U.S. Army as a 67U, CH-47 Chinook helicopter repairer back in 2000. After September 11, 2001, he deployed as part of Operation Enduring Freedom and later, deployed a second time to Iraq in support of Operation Iraqi Freedom. He helped monitor the quality and assisted in maintaining the helicopters. However, back in 2015, SSG. Tabansky was performing a routine Chinook helicopter demonstration in London, England when he slipped and fell while climbing down the aircraft, injuring his right shoulder. After several visits to the ER, SSG. Tabansky was sent away with medication to dull the pain. Days later, he found his body was going numb and became paralyzed from the chest down, including both of his hands.

SSG. Tabansky and his wife can now rely on their new ELAN control system to make mobility around the house easier, and to ease any daily struggles SSG. Tabansky may encounter. Simple tasks like turning on the lights, adjusting the shades, controlling the home climate, or accessing entertainment-like audio and video are now easier with full automation providing one-touch access to each of these functions. An ELAN video doorbell and cameras help boost security around the house. Inside, lighting is provided by Lutron and products are powered by Panamax® power conditioners. The Tabanskys can utilize the ELAN control systems mobile app for all interfaces. All products were selected and installed by BRAVAS Austin – which is recognized nationwide for completing thousands of resident and commercial projects, including in Texas, Colorado and California. 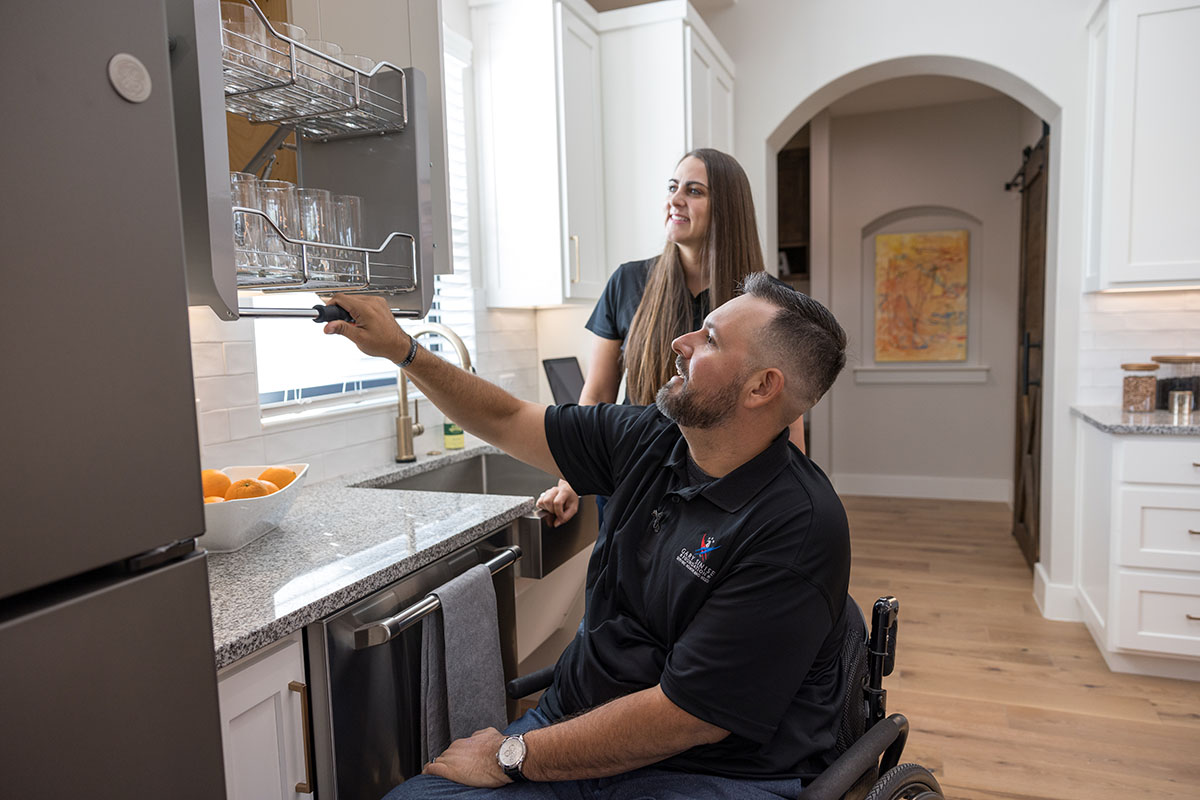 “Courageous and inspiring veterans like SSG. Tabansky deserve every effort possible to improve their quality of life as they heal and move forward,” said Richard Pugnier, Vice President of Marketing & Education at Nice/Nortek Control. “One of the most fulfilling things we do is give back to our nation’s wounded heroes by working with the Gary Sinise Foundation. We’re also incredibly fortunate to work with such remarkable dealers like BRAVAS Austin, who double down and deliver on their commitment through their time and expertise on these incredibly important projects.” 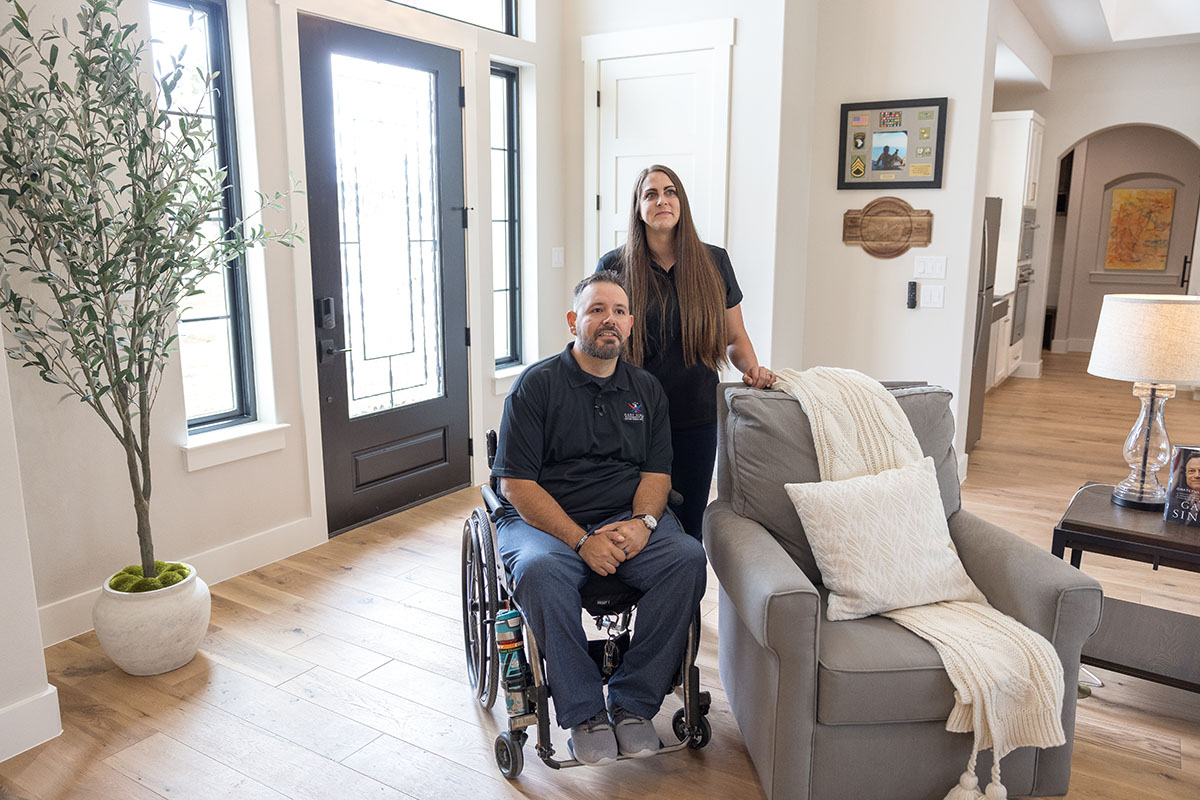 “With Nice/Nortek Control, the Gary Sinise Foundation and countless others, we’re honored we were able to come together to participate in the building of this smart home as our way of saying thank you to a hero like SSG. Tabansky for his sacrifice,” said Joel Marinaccio, the Operations Manager at BRAVAS Austin. “After Nice/Nortek Control asked us to provide our services and expertise, we found the project was incredibly rewarding and we’re eager to continue servicing the Tabansky family’s smart home for years to come.”